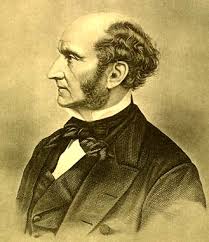 “A government cannot have too much of the kind of activity which does not impede, but aids and stimulates, individual exertion and development.”

John Stuart Mill’s book, On Liberty, is a favorite tome on the relationships of citizen to citizen and citizen to government. The quotes above, taken from the concluding chapter of Mill’s effort in this book to develop a moral principle, expressed in terms of individual liberty, and suitable for democracy, are often elided in popular politics, and, on my view, by American conservatism.

This negative conception of liberty is in tension with the necessary role of government in society. The role of government in society is to place external constraints on individual choice for the purpose of providing certainty regarding the choices of others. Through that certainty, individuals may have confidence to engage in social, political, and economic interactions with others with limited risk for injury. For society to deliver on its promise to promote prosperous and commodious living conditions for its members, individual liberty must be constrained to some degree by government. Else, why institute government?

The On Liberty quotes above, highlight how a narrow reading of Mill’s book conveniently ignores Mill’s assertions for positive roles government may play in society and in the lives of citizens. A narrow reading elides such statements, copiously peppered throughout On Liberty (examples noted above), that serve to temper the position Mill stakes in On Liberty with respect to the role that government may play in society. Noting that Mill, advocated on behalf of a positive role for government in society and citizen lives goes to the ideological heart of American conservatism. Mill recognized that good governance attempted to balance negative and positive liberty to promote prosperity in addition to sustaining citizenship development and progress in society.

Positive liberty may be understood as freedom to do, recognizing that even in the presence of external constraints, individuals possess a wide variance in capacity and resources to effectuate individual choice.

A broader reading of On Liberty which, accounts for and reflects on Mill’s juxtapositions between forcefully defending individual liberty against government / citizen intrusion and asserting a positive role for government in society. This broader reading may yield a more accurate understanding of Mill’s conception for the necessary inclusion of negative and positive liberty into the calculus of democratic governance. A calculus that should resolve to enact policy that avoids tipping the balance between negative and positive liberty.

Currently, a most virulent and insidious brand of American conservatism is ascendant. A brand which would remove any external constraint designed to promote balance between negative and positive liberty in American society. A brand which denies government has any positive role to play in society and the lives of citizens it was instituted to protect and promote their prosperity. A brand that is attempting to tip the balance of liberty to a most pernicious conception of negative liberty. A brand that is callous in its defense of liberty for some at the expense of liberty for all.

Our democracy is in peril. Our constitution is being shredded to ruin. The office of President of the United States is being debased. Stand for liberty by contacting your Congressional representative to encourage them to defend liberty for all. Not just for the white, wealthy, and male in American society.

One thought on “American Democracy in Peril”

My diary of memories before I can no longer remember...

just me and my thoughts

my journey through faith, homeschooling, autism, and life

My experiences with autism, depression, and life

Journey through Singapore's education for those who can't quite fit in.

the restless, incredible and flawless mind of an 15 year old Aspie...as I see him.....

'You did then what you knew how, when you knew better, you did better .' - Maya Angelou

twentyblackhorses
emmakwall (explains it all)